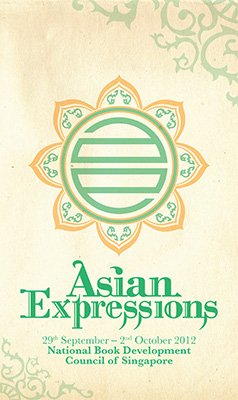 AEX celebrates writing in Asian languages and this year's theme is Crossing Language Barriers in Literary Arts — Translation. AEX will also promote the translation of notable works in the Asian languages first into English and later into Chinese, Malay and Tamil.

On the first day the programme will concentrate on writings and writers in Chinese, Malay and Tamil. There will be a forum for writers in these languages to discuss trends, and to network.

Over the next three days, the focus will be on translations.

AEX is a unique and significant event because it is the only programme to focus on writings in Asian languages. AEX aims to encourage and promote reading, writing and publishing in Chinese, Malay and Tamil. It supports Singapore's bilingual policy and helps to promote more publications in the 3 languages besides English.