The Hedwig Anuar Children’s Book Award (HABA) is presented biennially to an outstanding children’s book written by a Singapore citizen or Permanent Resident.

Six books have been shortlisted for HABA 2020. Find out more about the books below! 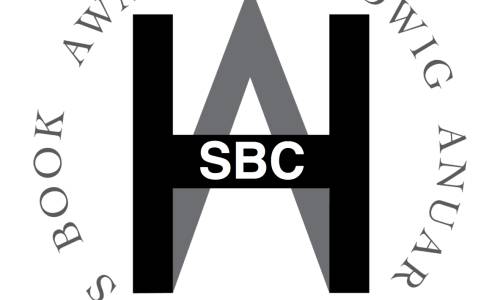 The award ceremony will be held online for the first time and will be live-streamed on the Asian Festival of Children’s Content (AFCC)’s Facebook on 4 October 2020 at 6pm (SGT).

“It was not an easy deliberation with so many entries of such high quality. We considered each entry in its appeal to its intended audience and how it would measure up in its own genre. Generally, we kept to the criteria guidelines—literary merit, visual merit, readership appeal, and originality. The shortlisted books stood out from the rest in their masterful narration of original subject content with a strong interplay of text and visuals.

We are indeed privileged to have read and viewed such a wide array of children’s books that are locally written. We are heartened that among us exist such promising writers and illustrators that are on their way to making a mark not just locally but also internationally. We look forward to a rich and vibrant scene in children’s literature especially in a world we can call our own”.

Which of the six books that have made the HABA shortlist will win the Hedwig Anuar Children’s Book Award at this year’s AFCC?

Pop over to AFCC’s Facebook Page and make a guess in the comment section in the contest post.
If your guess is correct, you will stand a chance to win a book voucher to AFCC’s official bookstore, Closetful of Books.

Mrs Hedwig Anuar was the first Singaporean Director of the National Library of Singapore, a position she held from 1960 until her retirement in 1988. She put in place the foundations of the modern library system in Singapore and made contributions to all aspects of library work. This award recognises her outstanding contribution to children's librarianship and the promotion of books and reading for children. The awards were presented on 27 May 2011 by H.E. Dr. Jose Ramos-Horta, Nobel Peace Prize Winner and Author of The Lost World of Timor-Leste, President of the Democratic Republic of Timor-Leste.